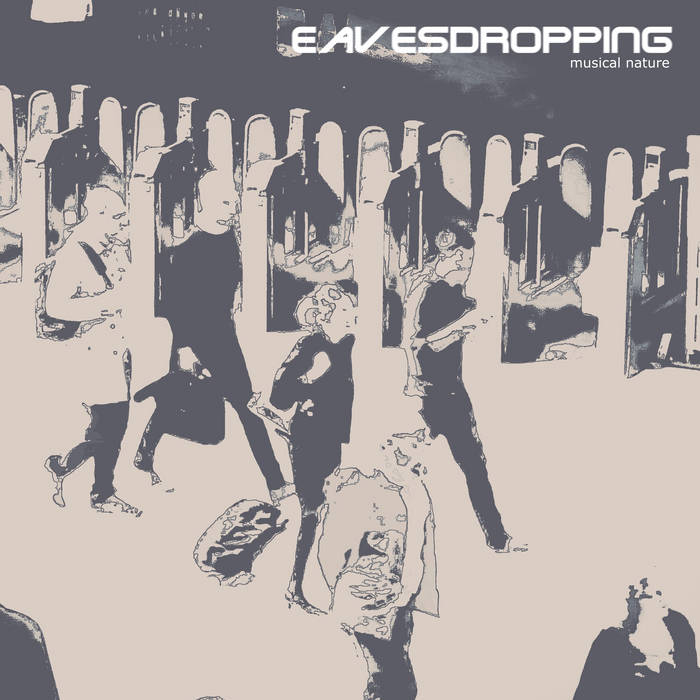 Eavesdropping is a concept I came up with about a year ago. I do a lot of field recording for various sounds and samples for use in my music, I wanted to put together an album where all tracks had one thing in common - the natural ambient noise in each was going to be of a field recording from a specific place. For most of the tracks on this album, the background ambiance is constant through the track from start to finish, except for San Francisco, whose weekly Tuesday noon sirens captivated me, so I just have sampled that, and added more relevant samples into the track.

I've used various recording devices over the years, but usually a lot of it ends up being on my smartphone or my laptop, with a special mic attached. I picked out a new stand-alone digital microphone, which allows me to record in up to 4-channel stereo mode, so I could capture a variety of angles and sounds when recording in the field.

A big thanks on this collection goes to Will Magid, for use of his song "The Kid (Feat. The Royals)", on the track "Independence Day". Part of the proceeds from this track will be sent to Will which will be in turn go to The Covenant Academy in Ghana, where this was recorded with the students, also known as "The Royals". To listen to the original track, and find out more information, please visit: willmagid.bandcamp.com/album/the-kid-feat-the-royals-100-of-proceeds-go-directly-to-their-school.

Another big thanks goes out for the sampling of "Nite Fly" by Hi-Way on the track "The White Horse". The sample used was released on the now defunct label Source, from the album Source Lab 3 X/Y. Use permission granted by one of the members of the group Hi-Way, Gilbert Cohen. Check him out at www.versatilerecords.com.

There is a bonus track available when purchased through Bandcamp, "What Happens on a Monday Night", which came together playing with some sampling libraries after the pre-production of Eavesdropping was completed. It's house. Not ambient house, but house. Since I had no where really to put it, I thought I'd release it as a bonus track for this release.

Sampling of "The Kid (Feat. The Royals)" by Will Magid on Independence Day

Sampling of "Nite Fly" by Hi-Way on "The White Horse"

an ambient project in experimental sound.

My ambient style is one of soundscapes, layered background textures, mixed with nature and an occasional drum loop here and there, ranging from very minimal long-form ambient pieces, to more beat-filled ambient house. It is background music. Music for listening to while working, hanging out, or calling it a night. ... more

Bandcamp Daily  your guide to the world of Bandcamp